Recently, Erik Brynjolfsson remarked, about artificial intelligence (AI), that we tend to hold it to a standard of perfection, and therefore can be pessimistic about its prospects. It is a very common mistake in the case of a disruptive technology. In fact it is not so much that we hold disruptive technologies to a standard of perfection as we judge their performance based on the existing technology’s dominant criteria. Let’s explore this and see why it matters, and how it leads to disasters.

Indeed, as noted by disruptive innovation specialist Clayton Christensen, a specific difficulty with disruptive technology is that incumbent players set the bar too high for it; they want it to be at the level of the current technology on the dominant criterion. As long as the new technology is not able to reach the performance level of the current technology, established players tend to neglect it or, conversely, to invest significant amounts to improve it and thus delaying its implementation on the market. In doing so, the established players do not benefit from the new technology. In the meantime, the new entrants are working to find new applications for which not only weaknesses in the dominant criterion do not matter, but strengths in other criteria become true advantages. 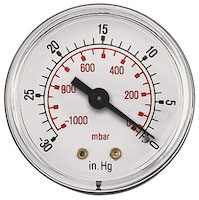 High performance for the old world

A good example given by Christensen is the transistor. When it was invented, the transistor was not powerful enough to be used in radio and television stations (as compared to vacuum tubes). Consequently over a long period, radio manufacturers spent fortunes trying to improve the transistor, without launching a new product. The small size and low power consumption of the transistor were of no interest to them because they manufactured vacuum tube-based tabletop radios and more importantly, transistors only allowed for a rather average audio quality. The manufacturers only searched to replace the tubes with transistors, that is, to do the same thing, but only better.

In fact, the first commercially successful application of the transistor was actually… for hearing aids, and we can understand why: this is an area where small size and low power are of paramount importance. With this application, if the sound quality was not good, it did not matter, because for the hearing impaired at the time, it was that or nothing. The hearing aid device was competing with non-consumption, and therefore its quality was necessarily good enough.

Then, in 1959, Sony introduced a portable transistor radio, another area where small size and low power were paramount. The transistor radio was an immediate hit with teenagers. For the first time, with their friends, they could listen to the music of their choice. Again, the poor sound quality was not an obstacle: it was either listen to poor quality sound or go listen to their parents’ music on the big radio console in the family living room. For the music lover who was used to the high quality of the tuned radio frequency sets, the transistor radio was certainly a regression, but for the teenager, it was a revolution.

In short, even though it may have seemed natural for tabletop radio manufacturers to take their decisions based on “always put your client first”, this mantra actually embodied the essence of their error. They took decisions based on the existing market, the firm’s existing value network, and more generally the firm’s existing business model. They tried to ‘cram’ the new technology on their business model. A better approach is always to start with the technology itself, and ask what new market and what new value network could correspond with this new technology, and then work to build these and a corresponding new business model. In short, instead of trying to ‘cram’ the new technology into the existing business model, try to create a new business model around the new technology. If you think banks and other existing organizations are making the same mistake about AI, you’re probably right. Instead of asking ‘what business can we invent with AI?’, they tend to ask ‘How can AI save our legacy business?’, hence leaving the field open to disruptive new entrants.

This is an adapted extract from my book “A Manager’s Guide to Disruptive Innovation“. On the same topic, read my article “How We Underestimate the Disruptive Potential of a New Technology“. Source for Sony: Clayton Christensen, The Innovator’s Dilemma.